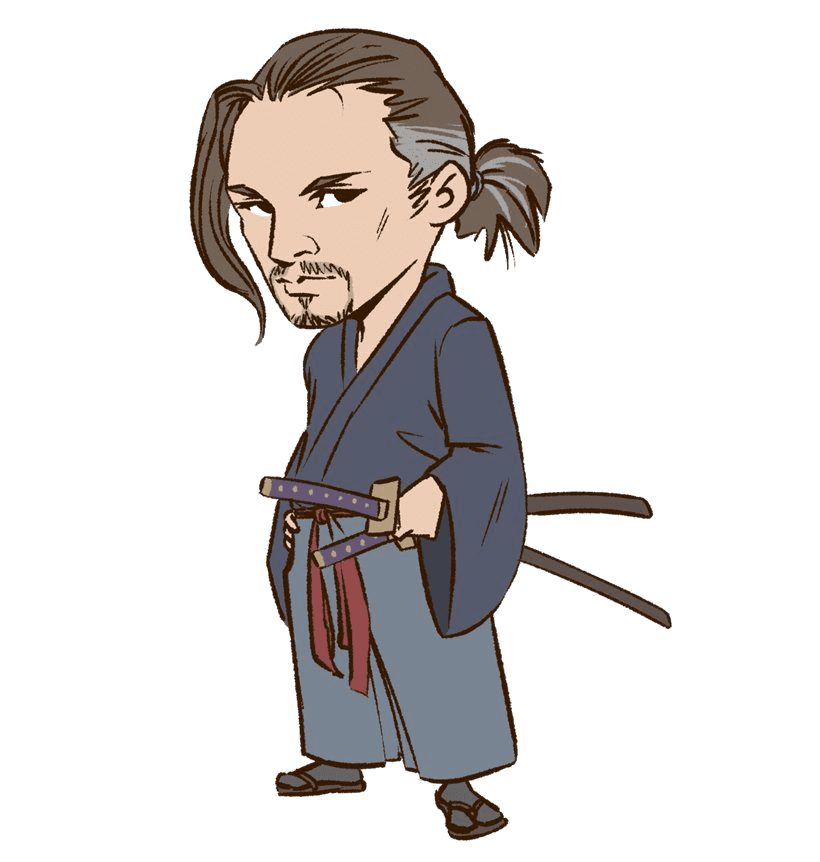 How familiar are you with the kanji that represent the bushido code, the principles that dictated the samurai way of life? Take this quickie quiz and find out!

Learning about the bushido virtues by way of translations in your native language is a natural first step. This is as far as many folks choose to go.

With just a bit of concentrated effort, you can then memorize the Japanese name of each precept.

But don’t stop there!

You might well have already come across at least some of the kanji characters that stand for these precepts.

But if you’re not a fairly serious student of the Japanese language, you might gloss over these kanji, assuming that they’re beyond your reach if you’re more interested in bushido than in the language itself.

Learning to associate each kanji or pair of kanji with the corresponding samurai code virtue is a simple and straightforward and rewarding task.

Learning to actually write the kanji as well can be very rewarding of course, but that does take appreciably more effort. The good news is that it’s not at all necessary to go that far if you want to forge a relationship with the characters.

Being able to simply match the bushido kanji with their Japanese names can be supremely satisfying and engaging in its own right.

And that’s where this simple bushido code kanji quiz comes in.

I hope it makes the learning process even more productive by giving you a clear sense of where you are at this point in a fun and engaging way that makes it easy to measure your progress and to motivate yourself to keep it up!

The kanji shown here are based on hand written calligraphy by Hiro, a good friend of mine here in Kyoto who’s also an accomplished brush artist in the traditional style.

These works are also featured in my calligraphy shop gallery, where you can review the kanji, Japanese names and English translations of the eight virtues of bushido before you take the quiz.

Or………just wing it and dive into the quiz!!

Get a baseline idea of how much you’ve already absorbed already-you might surprise yourself. Then come back after a short session of focused review and give it another go.

A passing score is 75%(6 out of 8 questions correct). Each question includes the Japanese name of a precept as well as common English equivalents. Each question has just one correct answer.

You can change answers at any point before you finish the quiz. After you’re done, in addition to viewing your score at the top, you can scroll down to see what you got right and what you missed, with those answers marked green and red respectively. When you miss a question, the correct answer will also be shown in green, for future reference.

I join Hiro in hoping that his art and the kanji characters and principles expressed in it will bring the spirit of bushido and Japan closer to you.

And we thank you for sharing our humble bushido code kanji quiz with friends who follow the way of the warrior.